Coming Out About My Unbelief to My Sister 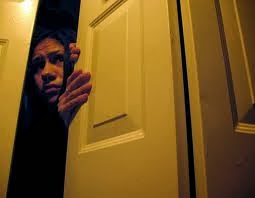 As I've said before, I'm really growing weary of the charade I have to keep up in order to remain in the atheist closet. I had been talking to my fellow ex-fundamentalist bloggers on Twitter about whether I should come out to my sister, who has always been there for me in my life (she even helped to raise me as a young boy, long story there I won't get into right now.

On Sunday, I was debating whether or not I should come out, but then lost my courage at the last minute. Well, finally, Tuesday night, I finally worked up the courage to finally come out to her.

My sister in recent years, has gone from the Independent Fundamental Baptist cult to what would be considered more mainstream beliefs in the fundamentalist/evangelical world, (beliefs more along the lines of the Southern Baptist denomination).

I'm glad she's out of the IFB, she fell into that group because of the influence of the IFB ran "school" I went to in my elementary years, she was there too, though because of the age gap between us, she was in her high school years at the time, and fell prey to them pushing Hyles -Anderson College as a great place to go.

Still, I wish she would give up fundamentalism altogether, especially for the sake of her kids, right now, she is homeschooling her kids with ACE, the same awful curriculum I grew up with. I talk to my nephew and two nieces on the phone, and when I'm visiting her in northern Indiana , and it kinds of breaks my heart to see how they just seem more childlike, than other children their age.


They do get to spend time with other children at their church, and with some young neighbors, but still, the isolation inherent in fundamentalist homeschooling is taking it's toll, and she doesn't even realize it, and she doesn't realize the effects of that because she wasn't home schooled herself.

I'm wondering that if in 10-15 years, I'm going to be getting that coming out call from one of her kids. She means well, and isn't hostile or abusive towards her kids by any means, like our mother was, she just doesn't know the difference, really, it's unfortunate, and I wonder how many young fundamentalist mothers like her are out there. 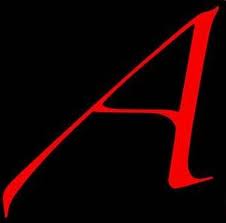 I started from the beginning, from the nervous breakdown, being told that my depression was "guilt" and not having a “right relationship with god”, the unfortunate falling for that cruel lie, doubling down on Christianity, soaking up as much as I could about the Bible again, studying it and the works of various theologians, and eventually coming to realization that I couldn’t believe in it anymore.

It worried her to some extent, she seems to think that it’s just a time of questioning, despite me repeatedly telling her that it’s been 4 years now since I came to the conclusion that I can no longer believe. She told me to be sure before I eventually have to approach my mom and dad about this, and warned me about how that she is likely going to throw all she has been doing recently for me in my face.

She knows what she is like, my sister had the worst end of the abuse growing up, because she was the only one willing to stand up to her. I just tried to survive as best I could, staying out of her way, avoiding anything I knew would trigger her anger, though it didn’t often work, she would invent any excuse necessary to take out her anger on us.

My sister doesn’t seem to understand what it going on, that this is not something I came to lightly, but the important thing is, she’s standing behind me. She has made it clear that she will stand behind me, even after this, and won’t let her beliefs get in the way of family.

In some ways, she can see how I reached this point, she said at times that he has questioned everything, and she says at times she doesn’t feel as close to God as she used to feel, but she always ended up coming back.

I had told her, looking at it now, when I’m “undercover” in the church  I am in, (the one I am a member of still, and have attended since I was 12), that I hear what people are saying around me, and I can’t understand how I possibly believed it in the first place. She said it was because that was all I ever knew from birth, had I been raised in another nation, the predominant faith there would have been all I knew.

In some ways she gets it, and in some ways she doesn’t. I hope that the more open I become with her, that it will help her gain more of an understanding of why I came to this point, and that it’s who I am now. I told her that I’m growing weary of all this, I can’t keep hiding who I am now, and that I’m not looking forward to dealing with my mom.

It really will show my mom’s character (or more than likely, lack thereof), when I finally come out to her, I could lose the financial help and help with rebuilding my house, and taking care of my dog that she is currently doing, which would be hard to deal with, but I can learn to cope, the rough road ahead will be worth it.

I want to finally be able to live openly, and if that means losing the relationship with my mother, or being forced to cut her out of my life for my own sanity, then that is worth it, in fact, it sounds horrible, but that’s probably the best outcome in the end, the one that will help me to heal over time.

I wish my mom could be more like my sister, willing to accept me for who I am, even if she doesn’t understand it. In fact, I wish more families, and parents especially, would follow her example.

You don’t have to agree with your family members in order to love them, and if you are putting your faith, your dogma, over love for your family, it’s showing that your religion (or more than likely, your interpretation of it), is more important to you than the people you are supposed to love.

It reveals to me, especially if you are a parent, that you are using your faith as means to control and manipulate people, and that if your children/family members are rejecting that, then they are worthless to you as a human being. If someone feels this way, then they are not someone I want in my life, and I have no respect for them at all.

Email ThisBlogThis!Share to TwitterShare to FacebookShare to Pinterest
Labels: atheism, Coming out, my sister